Bahaullah’s Claims and the Reality

1-Bahá’u’lláh declared that he was the “Promised One” of all religions, fulfilling the messianic prophecies found in world religions.[1]

2-He stated that his claims to being several messiahs converging one person were the symbolic, rather than literal, fulfilment of the messianic and eschatological prophecies found in the literature of the major religions.[1]

3-Bahá’u’lláh’s eschatological claims constitute six distinctive messianic identifications: from Judaism, the incarnation of the “Everlasting Father” from the Yuletide prophecy of Isaiah 9:6, the “Lord of Hosts”; from Christianity, the “Spirit of Truth” or Comforter predicted by Jesus in his farewell discourse of John 14-17 and the return of Christ “in the glory of the Father”; from Zoroastrianism, the return of Shah Bahram Varjavand, a Zoroastrian messiah predicted in various late Pahlavi texts; from Shi’a Islam the return of the Third Imam, Imam Husayn; from Sunni Islam, the return of Jesus, Isa; and from Bábism, He whom God shall make manifest.[1]

4-While Bahá’u’lláh did not claim himself to be either the Hindu or Buddhist messiah, he did so in principle through his writings.[1]

5-Later, `Abdu’l-Bahá stated that Bahá’u’lláh was the Kalki avatar, who in the classical Hindu Vaishnavas tradition is the tenth and final avatar (great incarnation) of Vishnu who will come to end The Age of Darkness and Destruction.[1]

6-Bahá’ís also believe that Bahá’u’lláh is the fulfilment of the prophecy of appearance of the Maitreya Buddha, who is a future Buddha who will eventually appear on earth, achieve complete enlightenment, and teach the pure Dharma.[45]

7-Bahá’ís believe that the prophecy that Maitreya will usher in a new society of tolerance and love has been fulfilled by Bahá’u’lláh’s teachings on world peace.[45]

It is easy claiming something, but the test is; can he back it up?

from Judaism, the incarnation of the “Everlasting Father”

Doesn’t the “Everlasting Father” means that this divine Father does not die and he is living in Heaven forever? But, Bahaullah (1817-1892) died at age of 75, like any other human being.

from Christianity, the “Spirit of Truth” or Comforter predicted by Jesus in his farewell discourse of John 14-17 and the return of Christ “in the glory of the Father”

The whole theology of Christianity evolves around the “Original Sin” and “Virgin Mary”. But, Bahaullah was born to his parents, and he had three wives and a dozon children. This looks Bahaullah, as the Returning Jesus, entirely has abolished the whole notion of the Christianity! Besides, the First Jesus could not be killed, he resurrected himself and he ascended to Heaven. But Bahaullah as the Returning Jesus unfortunately had lost this capablity and he died and he got buried under six foot earth!

from Shi’a Islam the return of the Third Imam, Imam Husayn.

It is worth mentioning that Imam Mehdi, the twelveth Imam, was born in 868 AD and according to Shia Islam he was hidden by God at the age of five. He is still alive but his identity is concealed. He is waiting for the time that God has decreed for his return. So, Imam Mehdi has been living over 1100 years, and upon his return he will be victorous over the evildoers. But, Bab (1819 -1850), the initiator of the Bahai Faith, claimed that he was Imam Mehdi, and he got killed by the verdict from the Shia Clergies for heresy. One might ask why the Returning Imam Mehdi (Bab) got killed without fulfilling his mission!?

From the outcome of Bab’s life, we can conclude that either Bab was an imposter! Or, the Shiete Faith has a false prophecy! In either case that makes Bab an imposter! Because, when you claim that you are the “Promised One” and you have showed up to complete your mission, then you are obligated to deliver the promised prophecy. Any failare, for any reason, negates the assumed claim.

While Bahá’u’lláh did not claim himself to be either the Hindu or Buddhist messiah, he did so in principle through his writings.

Budda taught people how to live their life without invoking God in his teachings. But Bahuallah, as the Returning Budda, gave his new instructions to people from his divine state of being! Then, we can conclude that Budda was wrong ignoring God in his early instructions!

It looks there is no limits for Man’s Arrogance! As soon as few people admiring us for our cisma or our talent, we tend to boast our status beyond any known deity! Because this Returning Jesus who is fulfilling the prophecies of all the other religions is far more complete than the Jesus who fulfilled just the Jews prophecies.

Hitler said and I paraphrase it; when you make an unbelievable lie the people tend to believe you! And the reason for that is so simple; they rationalize that this has to be true otherwise nobody dare to make this kind of outrageous lies and get away with it! In this case, Bahaullah claimed to be the embodyment of the Most Revered “Promised One” of all the religions, and Bahais are believing him whole heartily! The amazing part is, that most Bahais are highly educated and very informed people. And I thought no man could be this Gaullible, especially when you can read these kinds of evidences!

The Delhi High Court on Friday stayed the arrest of the trustees and management committee members of Delhi’s Lotus temple, till September 25 on a complaint registered with the Delhi Police.

Justice A K Sikri directed the Economic Offence Wing(EOW) of the Delhi Police not to arrest the trustees and management committee members of the Lotus temple, founded by the Bahai faith, till the next date of hearing.

Trial Judge Kamini Lau, on the complaint of some of the former employees of the temple, had directed the Delhi Police to lodge acomplaint against the trustees and management committee members who were allegedly involved in smuggling of classified defence documents, hawala transactions and religious conversions.

The trustees and members, some of them from Iran, also procured about 80 Indian passports by submitting false address proof, Counsel S S Tripathy and Sandeep Jain said. Incidentally, Zina Sorabjee, the wife of former Attorney General of India Soli Sorabjee, is one of the trustees. UNI

Where are the 7 million Baha’is ??

From the late Jackson Ingram-Armstrong:

The Encyclopedia Britannica numbers were provided by Baha’i apologists, and EB has fallen to so low an estate that it simply prints what is provided. 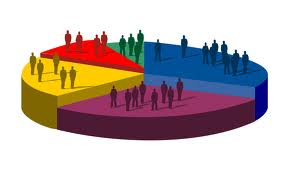 There are virtually no Baha’is in continental Europe. 700 in Holland, similar in Spain, 2,000 each in Germany and France, fewer in Italy. From a demographic point of view this may as well be “zero.”

There are rumored to be about 5,000 in the UK but who knows what that means, and it is not a lot anyway. Likewise the former Soviet Union has very few Baha’is. Almost none in China. So, with Europe, Eurasia and China out of the way, where are they?

There are 2,000 at most in the Arab world. There were less than 100,000 registered before the Revolution in Iran. Maybe 10,000, mostly Iranian refugees, in Turkey. Maybe 25,000 in Pakistan (mainly former Hindus, mainly rural peasants). So the Middle East is likewise very small.

There are 10,000 in Thailand. There were 100,000 in Vietnam before the revolution, but few are likely to remain. There are very few, then, in all of Southeast Asia. There are only a couple of thousand in Japan, and a similar number in Korea. East Asia is a wash.

All that is really left is Latin America, subsaharan Africa, and India. 2 million are claimed in India but insiders say the true number of real Baha’is there is closer to 100,000. Indians like to ‘join’ things, but go on being Hindus. I very much doubt there are millions of Baha’is in Latin America (Mexico appears to have almost none, e.g.). Columbia and Bolivia at one time had a few tens of thousands each, to my recollection, but that is not the same as millions.

I can’t speak for subsaharan Africa. The biggest community was Uganda with 100,000, but it has been greatly disrupted in the last 2 decades by war and dictatorship, and one doesn’t know how many are left.

Any and all scripture that would call into question Baha’i orthodoxy is censored.

Truth is that church fathers whether they be Christian, Baha’i, Buddhist or Muslim are always willing to make things up as they go to cover up any and all inadequacies and inconsistencies in their orthodox scriptures, doctrines and dogmas.

They are willing to leave things out or gloss things over which would show their chosen ideology in a poor light. In short they are more interested in fabrication than they are in the truth as long as that fabrication fits the mold of their personal interpretation.

Thus the Gnostic Gospels were edited out of the Bible. So to do the Baha’i powers that be strictly control, through the review-censorship process, all Baha’i information using their false label of authorization.