← Where are the 7 million Baha’is ??
Why Do Bahais Deny the UHJ Being Clergy? →

Any and all scripture that would call into question Baha’i orthodoxy is censored. 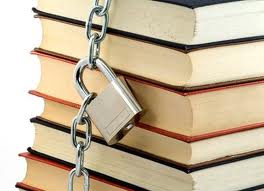 Truth is that church fathers whether they be Christian, Baha’i, Buddhist or Muslim are always willing to make things up as they go to cover up any and all inadequacies and inconsistencies in their orthodox scriptures, doctrines and dogmas.

They are willing to leave things out or gloss things over which would show their chosen ideology in a poor light. In short they are more interested in fabrication than they are in the truth as long as that fabrication fits the mold of their personal interpretation.

Thus the Gnostic Gospels were edited out of the Bible. So to do the Baha’i powers that be strictly control, through the review-censorship process, all Baha’i information using their false label of authorization.